As a conspicuous star of the news and media industry, we’ve generally attempted to draw out the best in us. What’s more, that is just for you, our per-users, and watchers.

Like some other day, we embraced an undertaking to make the cast of the colossally mainstream TV arrangement, The Ramayana, known to our per-users. We made an itemized video on the referenced theme. One of the fragments from the video was committed to Mr. Sanjay Jog, who assumed the part of Bharat, Ram’s sibling. Because of an absence of sources and data, a larger part of individuals accepted that he was alive. It was us, NaaradTV, who broke the information on his awkward death back on November 27, 1995. Also, this was a forward leap for us, an accomplishment that neither we nor you will neglect. 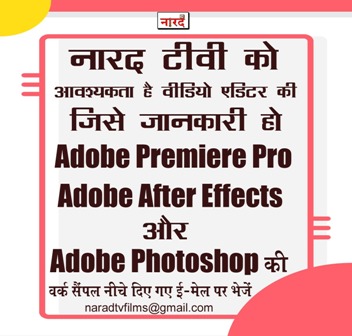